Department of Neurology with Institute of Translational Neurology, , .

© The Author(s) 2021. Open Access This article is licensed under a Creative Commons Attribution 4.0 International License (https://creativecommons.org/licenses/by/4.0/), which permits unrestricted use, sharing, adaptation, distribution and reproduction in any medium or format, for any purpose, even commercially, as long as you give appropriate credit to the original author(s) and the source, provide a link to the Creative Commons license, and indicate if changes were made.

Cranial nerve involvement is rarely seen in chronic inflammatory demyelinating polyneuropathy (CIDP). We present a patient diagnosed with CIDP who was in a stable medical condition under long-term treatment with intravenous immunoglobulin (IVIG) every five weeks for more than seven years. Following a 12-day delay in the patient’s regular IVIG therapy, he developed acute bilateral vocal cord palsy. The patient had to be intubated and tracheostomized because of acute respiratory distress. Weaning from mechanical ventilation was complicated due to pneumonia. After antibiotic treatment and restarting IVIG therapy vocal cord palsy rapidly improved allowing for subsequent decannulation. Although coincidence between treatment delay and symptom development does not prove definitive causality this case report may serve as a reminder how time critical IVIG therapy can be for sufficient symptom control. Moreover, it provides evidence that IVIG therapy may be effective for the treatment of cranial nerve symptoms in CIDP.

Chronic inflammatory demyelinating polyneuropathy (CIDP) is a rare, acquired inflammatory disease of the peripheral nerves and nerve roots. It is characterized by a demyelinating process and can present either in a relapsing-remitting or progressive course. The typical clinical manifestation is a symmetric sensorimotor neuropathy that results in distal and proximal muscle weakness[1]. In contrast, the cranial nerves are rarely affected. Rotta et al.[2] observed 87 patients that met the American Academy of Neurology research criteria for CIDP and of those 87 patients, 54% presented atypical clinical features, with only 5% displaying involvement of cranial nerves. CIDP with cranial nerve involvement has especially been described in phenotypes expressing neurofascin antibodies 140 and 186, which make up about 2%-5% of diagnosed cases of CIDP[3]. As a consequence of its rarity, specific knowledge regarding prognosis and treatment response of CIDP with cranial nerve affection to intravenous immunoglobulin (IVIG) therapy remains fragmentary[4].

In this case report, we present a patient with bilateral vocal cord palsy as a likely symptom of exacerbated CIDP, potentially induced by extension of the IVIG therapy interval, which responded well to resumed IVIG application. The relevance of the adherence to IVIG treatment intervals and the value of IVIG therapy for cranial nerve involvement in CIDP are discussed in the scientific context.

A 66-year-old man was admitted for an elective treatment with IVIG due to CIDP. The condition was first diagnosed 21 years earlier and met the European Federation of Neurological Societies/Peripheral Nerve Society (EFNS/PNS) criteria for a definite diagnosis of “Typical CIDP” by presenting the clinical diagnostic criteria and none of the exclusion criteria as well as meeting the electrodiagnostic criteria[5]. The patient initially presented with slowly progressive, mostly symmetric proximal and distal weakness and distal hypesthesia in the legs with resulting gait problems as well as weakness of the hands. Vibratory sensation was diminished in the legs. Tendon reflexes were absent in all extremities. Repeated electroneurography assessment showed the absence of F-waves in more than two nerves and further signs of demyelination including reduced motor and sensory conduction velocity. The patient was treated with various immunotherapies including IVIG therapy (2004), azathioprine (1999-2007), azathioprine in combination with IVIG (2007-2010), cyclosporine (2010-2011), methylprednisolone pulse therapy (2010), and plasmapheresis (2010). Finally, in 2010 a treatment regime with 20g per day of IVIG over five days was initiated, which was well tolerated by the patient and allowed for sufficient symptom control. In 2014, the regime was switched to 50g IVIG per day over three days in an interval of five weeks.

Upon presentation in 2019 the patient was scheduled for the 70th cycle of IVIG therapy. Due to organizational reasons, the current appointment was delayed by 12 days and took place six weeks and five days after the last IVIG therapy. On admission, the patient complained about his previously reported symptoms consisting of pain in shoulders and hips as well as a weakness of both legs, because of which he was wheelchair dependent. Clinical examination revealed severe symmetrical, proximal and distal paraparesis of the legs as well as moderate paresis of both arms with emphasis on distal muscles and myotonic posture of the hands which was more prominent on the left side. He also presented with dysarthria. For the first time, the patient also reported worsening dyspnoea and a slight inspiratory stridor. After clinical (normal chest auscultation), radiological (normal chest X-ray), and laboratory (normal leukocyte count: 6.66 × 10³/µL, C-reactive protein: 1.3 mg/dL) tests and exclusion of an acute infection, the first dose of IVIG therapy was applied on day one and was well tolerated by the patient. However, during the following night, inspiratory stridor significantly worsened and the patient was tachypnoeic and needed nasal oxygen supply. There were no signs of an allergic reaction to IVIG or IgA deficiency as underlying cause. The patient was transferred to the intensive care unit, where a flexible endoscopic evaluation of swallowing (FEES) revealed a bilateral vocal cord palsy [Figure 1A] as the reason for the acute respiratory distress making intubation necessary. On the following day, a chest X-ray showed signs of beginning bronchopneumonia, and a blood panel revealed leukocyte count rose to 12.51 × 10³/µL and C-reactive protein was 8.3 mg/dL. Microbiological cultures identified Haemophilus influenzae in tracheal secrete. Antibiotic treatment was initiated. After sufficient response to anti-infective therapy, the IVIG treatment was continued at a dose of 50 g/day from day 5 to 7. The first extubation attempt on day 8 was immediately unsuccessful due to persistent airway obstruction. Tracheostomy was performed the day after. After weaning from the respirator, repeated FEES showed glottis edema and persistent vocal cord palsy [Figure 1B], which improved over time [Figure 1C]. Only on day 28, the glottis opening was wide enough to allow for successful decannulation on the same day [Figure 1D]. Another cycle of IVIG therapy 50g/day was administered from day 29 to 31 resulting in further regression of bilateral vocal cord palsy. The final FEES showed a full recovery [Figure 1E].

CIDP may present with a wide range of symptoms, of which, bulbar signs resulting from the affection of cranial nerves are rarely reported[2,4]. There is one recent case report by Karri et al.[6] describing isolated unilateral palatal and vocal cord palsy as an initial presentation of CIDP. Due to its rarity, the prognostic value of cranial nerve involvement has never been investigated. Our patient rapidly developed symmetric bilateral vocal cord palsy as a symptom of CIDP but showed complete remission after repeated IVIG treatment.

Although coincidence between IVIG treatment delay and symptom development is suggestive for causality, and response to IVIG is ex juvantibus suggestive of a symptom related to CIDP, we cannot rule out that other predisposing factors might have caused or contributed to vocal cord palsy. Unilateral vocal cord palsy can occur in the course of viral infections, but rarely after bacterial respiratory tract infections and not as the initial symptom nor bilaterally[7]. Instead, Haemophilus influenzae infection, which was diagnosed in our case, may cause epiglottitis with laryngeal swelling. Indeed, this was observed in our patient after ventilator weaning [Figure 1B]. The glottis edema may be attributed to the infection or the intensive care treatment itself. While Haemophilus influenzae may cause laryngeal stenosis due to edema, an extensive literature search brought no description of vocal cord palsy in this context. More likely, early stage respiratory tract infection, that was not diagnosed upon admission, may have triggered a relapse of CIDP that resulted in vocal cord palsy. On the other hand, airway compromise due to vocal cord palsy is known to predispose for pulmonary infections, so we cannot be sure about the causal relationship between infection and vocal cord palsy.

IVIG therapy is well-established for the treatment of CIDP and has shown both short- and long-term efficiency as well as safety in placebo controlled trials[8]. However, since the affection of cranial nerves is rarely reported in CIDP patients[2], established guidelines for the treatment of this subgroup are missing. In this report we show that two consecutive cycles of IVIG therapy resulted in a complete remission of cranial nerve symptoms. A comparable case was reported by Teramoto et al.[9] where CIDP-associated dysphagia as cranial nerve symptom was efficiently treated with IVIG. In contrast, Lux et al.[10] presented a case in which hypoglossal neuropathy did not respond to IVIG therapy, whereas limb strength, palatal, and facial weakness improved. Therefore, the response of cranial nerve affection in CIDP to IVIG therapy seems to be variable and may be dependent on additional, currently unknown factors.

This case report also demonstrates that even in a stable patient with long-term IVIG treatment, a slight extension of the regular therapy interval may bear the risk of rapid clinical deterioration. In a stable patient, the discontinuation or delay of IVIG-therapy under clinical monitoring is a legitimate method to ascertain whether this expensive therapy is still efficient and needed at the given treatment frequency or if a longer therapy interval can be chosen in the current state of disease activity[11]. However, Mielke et al.[12] have previously shown that the majority of patients deteriorate after sudden withdrawal of IVIG, but after restart of IVIG therapy, almost all patients show signs of improvement. Moreover, there is evidence from the literature that IVIG target doses can be titrated individually during the course of the disease but infusion frequencies are fixed in each patient[13]. This seems to hold true also in the patient described here. In our case, the extension of the treatment interval was unintentionally and possibly the cause for a life-threatening deterioration. It may serve as an example that an extension or even pause of the IVIG therapy in CIDP patients should be evaluated critically and requires a close clinical monitoring. 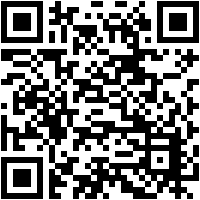