A case report of anti-N-methyl-d-aspartate receptor autoimmune encephalitis with sensory attack. Is limbic encephalitis only "limbic"?

*The first two authors contributed equally to this work.

Limbic encephalitis is believed to be a disorder affecting the medial temporal lobe of the brain. The underlying cause can be either of autoimmune origin or viral infection. N-methyl-d-aspartate-receptor (NMDAR) antibodies, voltage-gated potassium channel antibodies, and glutamic acid decarboxylase receptor antibodies are the most common causes of autoimmune limbic encephalitis. Although considered as limbic encephalitis, however, these diseases are not restricted to the limbic system. Here, we present a case of anti-NMDAR encephalitis with teratoma. This patient showed not only “limbic symptoms” but also sensory disturbances and extrapyramidal symptoms, which suggested that more extensive lesions, including cortical and subcortical regions, might have been involved.

A 15-year-old Chinese female presented with a 1 month worsening of mania and memory problems. She also reported mild fever, generalized fatigue, anorexia, right hand abnormal involuntary movement, and paresthenia on the right side of her body. She denied any infectious history before symptoms started. She also denied any headache, vertigo, nausea, or blurry vision. Neurological examination showed an irritable patient with impaired short-term memory, echolalia, echoapraxia, stereotype movement in her right hand, and oral-facial dyskinesias. 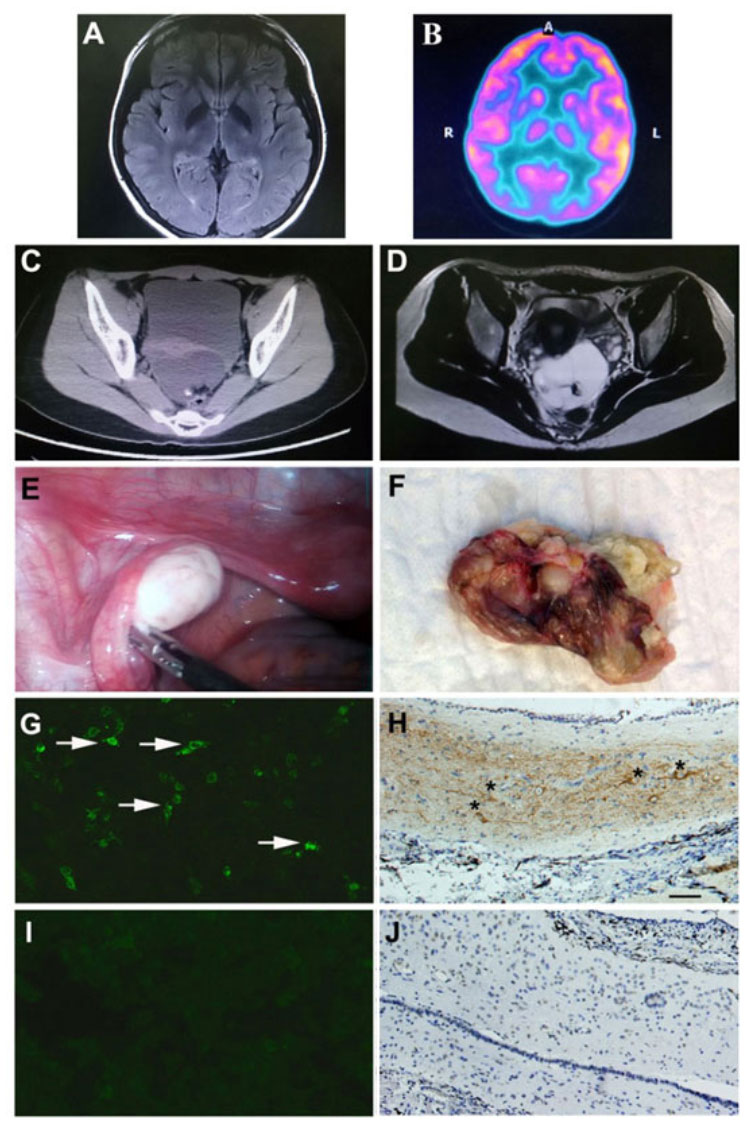 The patient was discharged 1 month after admission. At that time, her symptoms significantly improved. EEG monitoring was performed 2 months after discharge, which revealed a normal pattern. Valproic acid was gradually tapered down. Six months after discharge, this patient was free of all medications. Her cognitive function was fully recovered and her psychiatric symptom, involuntary movement, sensory disturbance, and oral-facial dyskinesias disappeared. Cranial MRI was repeated 1 year after discharge, and no brain atrophy was observed.

Anti-NMDAR encephalitis is a type of limbic encephalitis that is typically found in young women with teratomas.[2] This kind of encephalitis is usually subacute at onset with significant psychiatric symptoms, including agitation, mania, hallucination, aggression as well as cognitive dysfunction.[3] Some patients will develop echolalia, echoapraxia, involuntary movements, such as stereotype, central hypoventilation, and autonomic instability, which have been considered more specific characteristics for helping in diagnosis.[4] Although extreme delta brush on an EEG can be another specific diagnostic marker, most patients, including this one, only present with nonspecific background change or diffuse slow waves, especially at the early stage of disease.[5] Usually, bilateral medial temporal lobe signal change on MRI scans raise suspicions for limbic encephalitis.[6] However, normal MRI results cannot exclude the diagnosis. Our patient underwent 3T cranial MRI scans twice, and no obvious change was found, including in the limbic system. It is known that, although NMDARs are more concentrated in the hippocampal area, they also can be found in many other areas of the brain, including sensory and association cortex and subcortical regions.[7] The widespread distribution of the receptor in cortical regions could explain the diffuse slow waves on the EEGs and the persistent sensory symptoms seen in our patient. Oral-facial dyskinesias indicated basal ganglion involvement. Although most anti-NMDAR encephalitis is limbic, some patients may have more extensive lesions, including cortical and subcortical; thus, limbic encephalitis is not always only limbic. Likewise, an FDG-PET scan of our patient showed hypo-metabolism in multiple brain regions. In addition, not all patients have positive MRI findings, especially at the early stage of disease, and we speculated that MRI scanning may not always be reliable for early diagnosis and differentiation. The differential diagnosis of anti-NMDAR encephalitis, excluded HSV encephalitis, CMV encephalitis, Hashimoto’s encephalopathy, systemic lupus erythematosus encephalopathy, antiphospholipid antibody syndrome, Sjögren’s syndrome, and primary central nervous angiitis.[8] We also tested for anti-AQP4 to exclude its co-occurrence with anti-NMDAR.[9,10] This patient was steroid unresponsive, since a high dose of intravenous administration of steroids failed to improve her symptoms. After IVIG infusion and tumor resection, she recovered to normal status in a short period of time, and we gradually tapered down all her medications. This patient did not show any relapse 1 year after discharge. Although most studies indicated recovery was a slow process for anti-NMDAR encephalitis, our experience in patient with teratoma and receiving tumor resection, had good prognosis and fast recovery time. In addition, these patients are not suggested to continue long-time immunosuppressant.

Anti-NMDAR encephalitis is a rare clinical condition and may associate with ovarian teratoma. This kind of autoimmune limbic encephalitis may extend to cortical and subcortical regions. Cranial MRI is not reliable for early diagnosis. Patients with teratoma usually have good prognosis after mass resection.

Patient consent was obtained from the patient.

Data collection in our study involving the patient is consistent with the ethical standards of the institution’s ethics committee. 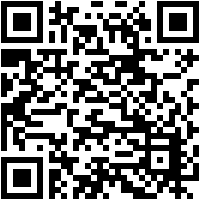