Amyotrophic lateral sclerosis (ALS) is the most common form of motor neuron disease and is a progressive and devastating neurodegenerative disease that affects both lower and upper motor neurons. Muscle cramps, which are characterized by a sudden, painful, involuntary contraction of muscles, are not rare in ALS patients. However, muscle cramps do not normally present early in ALS and therefore not used for the initial diagnosis of ALS. In this paper the authors present a case of ALS with initial manifestation of progressive painful muscle cramps in the absence of muscle weakness. This case might help people to recognize atypical foremost presentations of ALS and therefore formulate effective therapies.

Amyotrophic lateral sclerosis (ALS) is a rapidly progressive, fatal neurodegenerative disorder.[1,2] The worldwide incidence of ALS is around 1.7-2.3% per 100,000 population per year and the average age of onset is 61.8 and 49.8 for Western countries and China individually. The occurrence rate of men is higher than women.[3-6] The pathogenesis of motor neuron disease (MND) remains largely unclear, genetic factors and various exogenous risk factors are suggested to be associated with MND, including rural residency, alcohol consumption, smoking, toxic substance, glutamate metabolism disorder and aberrant autoimmunity.[4-6]

A 56-year-old Chinese woman presented with progressive limb muscle cramps with pain and walk difficulty for the last 7 months. She had no special medical history before. At the beginning, the muscle cramps started in her left lower limb, 4 months after the onset, muscle cramps were aggravated, and slowly progressed to her right lower limb and left upper limb in turn. Muscle cramps could be induced by touching her skin of limbs and chest. Muscle cramps frequently broke out during sleeping, and could be alleviated slightly by standing. Stiffness and weakness developed in the lower limbs for 4 months after symptom onset. Fasciculations, combined with tight feeling of the hips, was seen in both lower extremities and left upper limb. Then she had difficulty in walking, button-up her clothes and bradykinesia. There was no numbness and muscle atrophy of her tongue, face, hands and limbs. She had no complaints of dysphagia, dysarthria or dyspnea and history of alcohol drinking or cigarette smoking, no family history of neurological diseases. 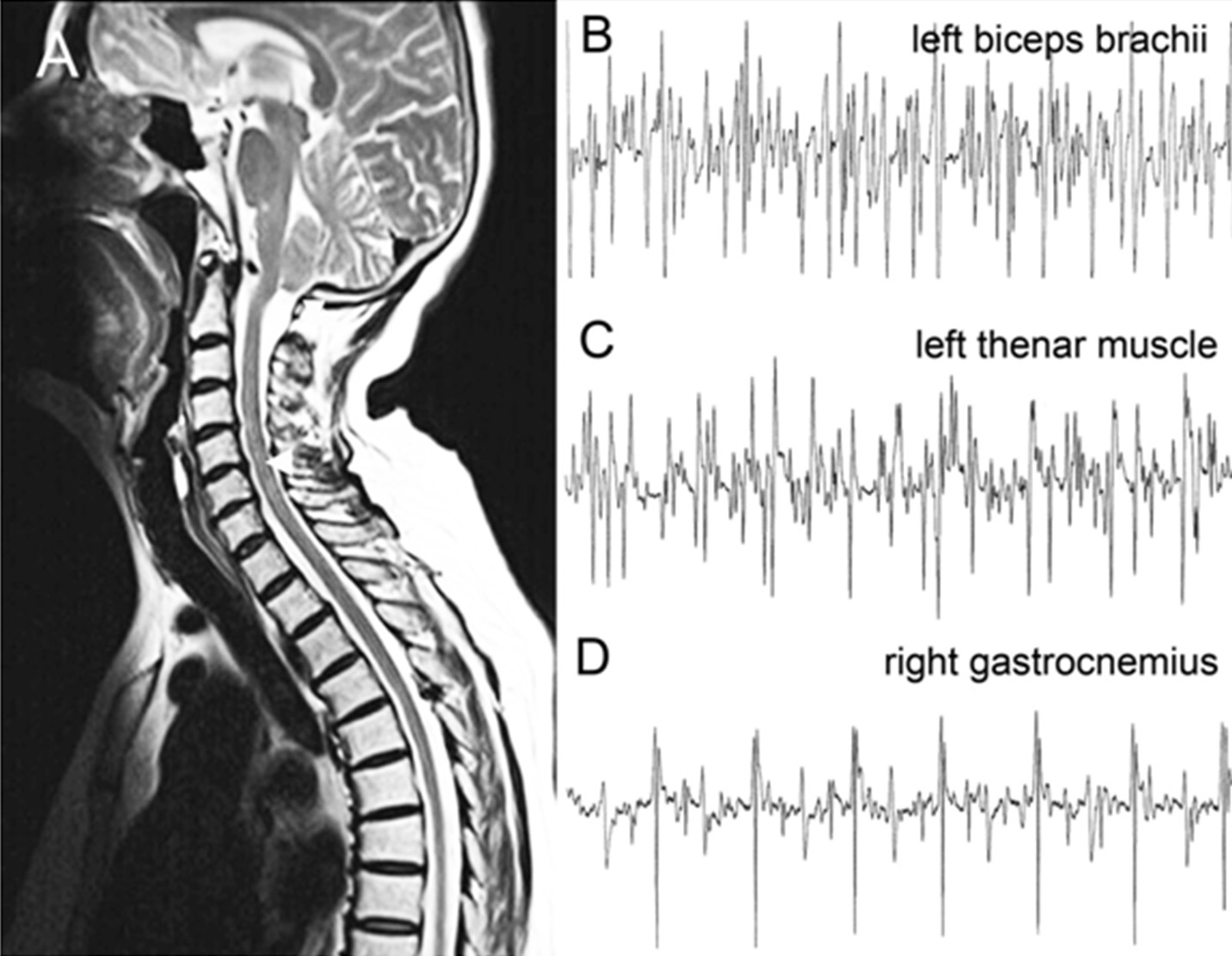 According to the revised 2,000 criteria,[12] the patient was diagnosed with clinically probable ALS, which was confirmed by other hospitals in Beijing. The oral administration of diazepam and baclofen was initiated; muscle cramps were relieved a bit. The patient did periodic follow-ups in our outpatient clinics, but her symptoms did not improve with the use of the muscle-relaxants prescribed.

ALS has many varied manifestations as first symptoms, which are vital to help for early diagnosis, and understand the natural course the disease progression.[13] Atypical presentations include cramps and fasciculations in the absence of muscle weakness,[14] frontal-temporal dementia,[15] weight loss[16] and cardiovascular consequences.[17] Clinical characteristics of our case include the progression of muscular painful cramps with upper neurons signs, limb weakness with lower motor neuron signs and electrodiagnostic (EMG/nerve conduction velocity) evidence of denervation. Besides MNDs, other etiology of muscle cramps includes metabolic disorders, electrolyte disturbances, medications, etc.[14] Our patient had no special medical history and laboratory examinations which support the other disease. As to pathophysiology, the muscle cramps may arise from spontaneous discharges of the motor nerves, this may origin at neuronal level and then transferred through the nerve trunks to the muscular fibers or it may begin at nerve trunks level by activation of abnormal cholinergic receptors that function as trigger points.[18] The neurodegeration in ALS might be caused by a complicated interaction of glutamate excitotoxicity, generation of free radicals, superoxide dismutase 1 enzymes, resulting in impaired axonal structure or transport defects.[2,14] A "dying-forward" process is proposed to explain these clinical characteristics.[19]

Hitherto, there is no disease-modifying therapeutics for ALS. The main managements for patients with ALS are the symptomatic treatments, including muscle relaxants, anticonvulsants for cramps, fasciculations and spasticity, physiotherapy for weakness or disability, and ventilator support for dyspnea,[2,14] These treatments can alleviate symptoms, improve the quality of life and increase the life expectancy.

In conclusion, our case presents a rare initial manifestation of progressive painful muscle cramps in the absence of muscle weakness. It helps to improve our early recognition of the atypical initial presentations of ALS, and formulate effective symptomatic therapies to improve the life quality and survival of the patients. 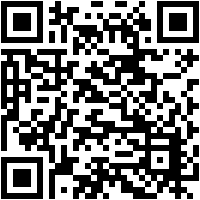