Multiple sclerosis (MS) is the most common inflammatory demyelinating brain disease. The occurrence of psychiatric disorders, especially for major depression, in the course of MS is high. Reports concerning bipolar disorder (BD) remain rather scarce although early descriptions were found in the old neurological literature. The purpose of this article is to provide a critical review of the epidemiology, comorbidity and treatment findings regarding BD preceding the onset of MS.

Multiple sclerosis (MS) is the most common autoimmune disease of the central nervous system associated with inflammatory demyelination. In the United States, the prevalence of MS is 0.1%. MS affects more women than men, with an estimated female-to-male ratio of about 2:1. The median and mean ages of MS onset are 23.5 and 30 years of age, respectively. The peak age of onset is about 5 years earlier for women, but the onset of MS can rarely occur as late as the 7th decade.

Although the etiology of MS is unknown, the most widely accepted theory is that MS begins as an inflammatory autoimmune disorder mediated by autoreactive lymphocytes. Later, the disease is dominated by microglial activation and chronic neurodegeneration. Inflammation, demyelination, and axon degeneration are the major pathologic mechanisms that cause the clinical manifestations.

Bipolar disorder (BD) is a major psychiatric illness with an estimated lifetime prevalence of 2.1% among United States adults. In regard to gender, BD type I occurs with equal frequency in both men and women, but BD type II is more common in women, accounting for up to 30-40% of previously diagnosed unipolar depression.[1] The age of onset of BD is most commonly around 20 years of age (peaking at ages 15-25 years). BD men appear to have 4-5 years earlier onset than BD women. First onset mania is very rare among elderly people.

The pathophysiology of BD is heterogeneous. Recent scientific findings consider BD as a suite of related neurodevelopmental conditions with interconnected functional abnormalities, early onset, and worsening over time. In addition to accelerating loss of volume in brain regions known to be essential for mood regulation and cognitive function, consistent findings have emerged at a cellular level, providing evidence that BD is reliably associated with dysregulation of glial-neuronal interactions, especially microglia which appear to be overactive. Furthermore, inflammation in the periphery of the body is increased in both depressive and manic phases of the illness, with at least some return to normality in the euthymic state. These findings are consistent with changes in the HPA axis, which are known to drive inflammatory activation.[2]

The occurrence of psychiatric disorders in MS was systematically described as early as in 1872 by Charcot.[3] Mental changes in MS included pathological laughing and weeping (pseudobulbar affect), euphoria, mania, depression, anxiety, psychosis, and maladaptive personality changes.

The main body of the literature focuses on the comorbid depression found in MS, whereas reports concerning BD remains rather scarce although early descriptions of manic episodes in MS were found in the old neurological literature.[4-6]

This disproportion reflects the fact that depression is the most frequent among psychiatric disorders in MS, with a lifetime prevalence of 25-50%, a figure two to five times higher than that found in the general population, depending on the country studied.[7]

The purpose of this article is to provide a critical review of the epidemiology, comorbidity, and treatment findings regarding BD preceding the onset of MS.

Epidemiology of BD in MS

Few studies have investigated the prevalence of BD in patients with MS and vice versa. The first epidemiologic study of this kind, conducted on a large sample (more than 700,000 individuals) in Monroe County (NY),[8] found 10 patients had both MS and BD while epidemiologic data indicated that the expected number of cases would only be 5.4. Joffe et al.[9] conducted a systematic psychiatric evaluation on 100 consecutive MS patients attending a neurology clinic and found a 13% lifetime prevalence of BD. Fis et al.[10] examined the prevalence of BD among hospital service utilizers in Nova Scotia and compared these measures for the MS and non-MS population. The prevalence of BD in hospitalized MS patients was 1.97%, significantly higher than the 0.92% for the non-MS hospital utilizers. In a prospective study in 658 consecutive patients with MS attending an outpatient clinic, Edwards, and Constantinescu[11] found that MS population had significantly increased rates of BD compared to the general population (odds ratio = 22.02, P < 0.001). Finally, Johansson et al.[12] studied comorbidity between MS and BD in a nationwide cohort. The risk of MS was compared in psychiatric patients and in matched unexposed individuals. The risk of MS was increased in patients with BD [hazard ratio (HR) = 1.8, 95% confidence interval (CI): 1.6‑2.2, P < 0.0001] and major depression (HR = 1.9, 95% CI: 1.7‑2.0, P < 0.0001) while the risk of MS in schizophrenia was decreased (HR = 0.6, 95% CI: 0.4‑0.9, P = 0.005).

We searched for original articles published in PubMed from inception to 2014 focusing on BD preceding the onset of MS. The search terms used were: (multiple sclerosis) AND (bipolar disorder). All articles identified were English-language, full-text papers. We also searched the reference lists of identified articles for further relevant papers. We selected 16 published articles of case reports where BD preceded the onset of MS [Table 1].

List of patients, identified in case reports, where BD preceded the onset of MS

Twenty-five of these patients were with BD type I (6 with a single manic episode, 6 with recurrent mania, 12 with episodes of both polarity, 1 with rapid cycling) while one had BD type II with rapid cycling. Thirteen patients (4 single manic episode, 3 recurrent mania, and 6 BD type I) had psychotic symptoms in at least one mood episode. Ten patients presented with relapsing/remitting course of MS, 9 with progressive course, 4 cases presented with pure psychiatric symptomatology, 3 with other course of MS.

Regarding the pharmacological treatment for mood episodes, patients received lithium, antipsychotics, antiepileptics, and antidepressants alone or in various combinations. In terms of treatment response according to psychiatric diagnosis, 60% of those with single mania, 66% of those with recurrent mania, 55.5% of those with BD type I presented full or partial response whereas those with rapid cycling had poorer responses to drugs. No cases of mania were induced by treatments.

We did not find any correlation between BD type and MS course type nor between the pattern of white matter lesions and BD type, although lesions were commonly detected in the periventricular and subcortical white matter, the centrum semiovale bilaterally, frontal, parietal and temporal lobes.

The survey of the literature found few epidemiological studies and several case reports of BD clearly preceding MS onset. Based on these data, only limited conclusions can be drawn. In the sample analyzed, the mean ages of onset of both BD and MS were higher than those reported in the literature. Furthermore, the mean difference between BD onset and MS is 5 years although 9 patients (34.6%) had the onset of BD and MS at the same age. The higher age of onset of MS may indicate that only the form with a later age of onset increases the risk or the co-occurence/comorbidity with BD.

A high percentage of BD presented with manic episodes (single/recurrent), a finding that may indicated differences between BD occurring in MS patients and those in the general population. Similarly, the higher rate of psychotic features and the low rate of positive family history may also indicate differences between BD in MS and in the general population.

The available data are insufficient to formulate any hypothesis regarding the etiopathological independence of the two conditions or explain the high rates of co-occurrence and differences in clinical features. In addition, the lack of systematic treatment response data does not permit any comparison between BDs with and without MS. As evidence emerges regarding the inflammatory correlates of both, BD and MS, the value of anti-inflammatory treatments in preventing, delay or ameliorating the course of BD requires further investigations. The limited data on case reports of BD preceding MS yielded several interesting observational findings that might provide information for future research and clinical characterization. 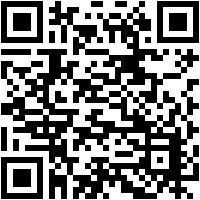