© The Author(s) 2022. Open Access This article is licensed under a Creative Commons Attribution 4.0 International License (https://creativecommons.org/licenses/by/4.0/), which permits unrestricted use, sharing, adaptation, distribution and reproduction in any medium or format, for any purpose, even commercially, as long as you give appropriate credit to the original author(s) and the source, provide a link to the Creative Commons license, and indicate if changes were made.

Despite the remarkable benefits and convenience of plastics to human lives, there is increasing awareness about the negative environmental impacts arising from the vast amount of plastic waste. Due to the environmental weathering over time, fragmentation of plastics can happen, leading to microplastic (< 5 mm) and nanoplastic (< 100 nm) generation. As a hot environmental topic in the past decade, more and more studies have focused on the subjects of microplastic and nanoplastic pollution, i.e., qualitative and quantitative methods, environmental fate and behavior, biological consequences, and potential removal techniques[1-5]. In addition, concerns about the relationship between antibiotic resistance and micro/nanoplastics have arisen with the recent one-health concept[6].

Antibiotic resistance is one of the biggest threats to global health, as the proliferation of resistance reduces or eliminates the utility of antibiotics, rendering some clinical infections dangerously untreatable. Therefore, gaining insight into mechanisms driving the dissemination and propagation of antibiotic resistance genes (ARGs) is essential. The use of antibiotics is usually considered to be the main driving factor for the development and selection of ARGs[7]. Additionally, due to the co-selection mechanisms, anthropogenic levels of toxic heavy metals have also been associated with the dissemination of ARGs[8]. Recent evidence that microorganisms colonizing microplastics are resistant to antibiotics and that microplastics increase the gene exchange in aquatic ecosystems suggests that microplastics could have ramifications on disease transmission and treatment [Table 1]. To further illustrate the relationship between micro/nanoplastics and ARGs, we used the Web of Knowledge database to retrieve publications. The results were further viewed by CiteSpace[9]. The high-frequency keywords included microbial community disturbance, conjugative antibiotic resistant plasmid, occurrence removal, microplastic biofilm, and potential carrier [Figure 1], suggesting that researchers dominantly focused on the correlation between ARGs and microbial communities on plastics, the plastic-induced gene transfer, and vector roles of plastics.

Figure 1. The co-occurrence of keywords and citation related to micro/nano-plastics and ARGs.

The studies related to micro/nano-plastics and ARGs

Microplastics could selectively enrich ARGs. By analyzing the metagenomic data of plastic particles from the North Pacific Gyre, Yang et al. (2019) first reported that the abundance of total ARGs on microplastics was significantly greater than that in seawater[10]. Since this study, understanding the roles of microplastics in carrying ARGs has become an important area to explore. The ARGs on the microplastics collected from the oceans[11], estuaries[12], urban rivers[13], farmlands[14], wastewater treatment plants[15], and even indoor air[16] have been estimated. Most studies illustrated that the ARG abundance and diversity were significantly different from those in the surrounding environments, which was closely associated with distinct microbial communities on the microplastics. Additionally, the bacterial communities on microplastics may be denser, further enhancing the horizontal gene transfer rate of ARGs on microplastics. Several studies have measured the indicator gene of horizontal gene transfer on microplastics and proved this hypothesis[13].

Microplastics may also affect the ARGs in surrounding environments. For instance, Song et al. (2022) reported that biodegradable microplastics significantly changed the ARG compositions and broadened their bacterial hosts, which was due to the fact that generated water-soluble low molecular weight oligomers from the biodegradable microplastics may act as additional carbon sources for microbial assimilation[17]. Lu and Chen (2022) also found that the ARG characteristics in soils were changed after microplastic amendment, which was attributed to the sorbed phthalates[18]. Unfortunately, not enough studies have evaluated this question. Based on their natural properties, e.g., undissolved solid particles, it is not easy for microplastics to enter into bacteria and induce the expression of ARGs. Thus, the co-selection mechanisms may not be appropriate for microplastic exposure. They may not directly target the ARGs but indirectly through changing the communities of ARG bacterial hosts or leaching chemicals to show selective pressures.

Although microplastics and nanoplastics share similar composition and origin, the nanospecific properties (e.g., transport properties, bioavailability, interactions with natural colloids, and potential toxicity) distinguish nanoplastics from microplastics. Therefore, nanoplastics may affect the dissemination of ARGs via different mechanisms. Shi et al. (2020) found that the ARGs in municipal landfill leachate were enriched in the nanoplastic exposed group. They reported that nanoplastics could induce the production of reactive oxygen species (ROS), which potentially increase bacterial membrane permeability and thus facilitate the intra-bacterial community transfer of mobile genetic elements[19]. Similarly, Hu et al. (2022) observed that nanoplastics can promote the transformation of ARGs, and the enhancing mechanism was the direct interaction of nanoplastics with membrane lipids and the indirect effect associated with bacterial oxidative stress response[20]. Both processes can induce the formation of pores on the cell membrane and increase the membrane permeability, thus enhancing gene transformation.

Despite the growing literature on the effects of micro/nanoplastics on ARGs, most studies only observed the correlation between microbial communities and ARG profiles, which is not the underlying reason plastics could selectively recruit ARGs. For microplastics, we may hypothesize that the microplastics can selectively recruit microorganisms growing on microplastics, which contributes to the distinct ARG profiles on microplastics. The closer physical distance of microorganisms would induce the horizontal gene transfer. Thus, further studies should focus on why the microplastics have the ability to show selective recruitment and whether the levels of gene exchanges on microplastics are higher. For nanoplastics, their attack on the cell wall may be more important for gene exchanges. More attention should focus on how micro/nanoplastics mediate the ARG transformation.

Made a substantial contribution to methodology, writing - reviewing and editing, supervision: Wang J

Both authors declared that there are no conflicts of interest. 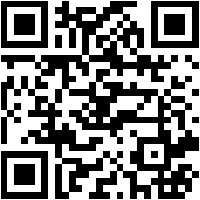