Periodontitis is a multifactorial inflammatory disease caused by interactions between periodontal microflora and host response[1]. Progressive periodontal destruction is an important sequela of periodontitis that can lead to the loosening and subsequent loss of teeth[2].

The most common clinical features of chronic periodontitis are the loss of connective tissue fibers, alveolar bone destruction, the formation of periodontal pockets, and gingival inflammation. Additional signs and symptoms of a chronic periodontal disease are the accumulation of supra- and sub-gingival calculus, gingival enlargement or recession, bleeding, furcation involvement, the mobility of the teeth, and bad odors[3].

The aim of non-surgical periodontal treatment (NPT) is the elimination of bacterial deposits which adhere to tooth surfaces, primarily by means of dental plaque control performed by the patient, in addition to dental scaling and root surface debridement performed by the dentist[4]. Systematic reviews and meta-analysis support the effect of NPT for controlling periodontal disease by reducing inflammation[5].

Clinical and radiographic assessment is used as traditional measures for diagnosis of periodontal diseases. These traditional measures give only information about the existing disease but limited to predict in early diagnosis of disease[6]. Therefore, advances in oral and periodontal disease diagnostic research are moving toward methods, whereby, periodontal risk can be identified and quantified by objective measures like biomarkers[7]. One of these biomarkers that can be detected in several inflammatory conditions is ceruloplasmin (CP)[8].

CP can be defined as a copper-containing glycoprotein with a molecular weight of 132 kDa. It is synthesized mainly in the liver and has many functions; such as an antioxidant, a ferroxidase, for copper transport, anti-inflammation, and proinflammatory activities[9,10]. Ferroxidase activity is one of the important actions of CP that is involved in oxidation of iron from the Fe2+ ion state to the Fe3+ ion state, which represents a crucial step for adequate trans-cellular ionic transport[11].

In addition, CP is an acute phase reactant, and its serum concentration is increased during inﬂammation, infection, and trauma largely as a result of increased gene transcription in hepatocytes mediated by the inﬂammatory cytokines[12]. In addition, CP plays an important role in reducing oxidative stress by its ability to scavenge superoxide anion radicals. Furthermore, it has been proved that CP causes priming of the neutrophils in localized aggressive periodontitis (LAgP). Serum CP levels were increased among subjects with LAgP compared to serum samples from matched healthy donors[13].

Patients included in our study (study group) were classified as having moderate (20 patients) or severe (20 patients) chronic periodontitis. Patients were classified according to the criteria mentioned by American Academy of Periodontology workshop in 1999 in which moderate and severe chronic periodontitis case have clinical attachment loss of 3-4 mm, and more than 5 mm, respectively[14].

Written informed consent was obtained from all subjects at the baseline. Patients were excluded from the study if they had any systemic diseases that could inﬂuence the outcome of therapy, patients received surgical periodontal treatment in the last six months, acute inflammatory conditions that might affect serum CP level, pregnancy, smokers, and immunosuppressive chemotherapy.

A careful clinical examination, patient motivation about the benefit of the treatment and plaque control, detailed instruction about the therapeutic program, a documented case history, a panoramic radiograph, and the first blood sample were performed for all study populations at the baseline.

The following parameters: bleeding on probing index (BOP), probing pocket depth (PPD) and clinical attachment level (CAL) were measured at the beginning of the study in both groups and four weeks after treatment in the study group. These clinical parameters were recorded using a Williams’ periodontal probe (Hu-Friedy, Chicago, IL, USA).

Blood samples were withdrawn from the antecubital vein under aseptic condition. The blood samples were then sent to the Immunology Department of Clinical Pathology, Faculty of Medicine, Mansuora University. The samples were centrifuged at 2000 rpm for 10 min. Serum samples were collected and stored in Eppendorf tube at -20 °C until the time of assay.

The data was analyzed using the IBM SPSS software package version 20.0. (Armonk, NY: IBM Corp). Qualitative data were described using number and percent. The Kolmogorov-Smirnov test was used to verify the normality of the distribution. Quantitative data were described using range (minimum and maximum), mean, standard deviation, and median. The significance of the results was judged at the 5% level.

However, the age of the patients in the study group ranged from 30 to 50 years with mean and SD of 41.28 ± 6.13 years. Twenty-five (62.5%) were male and 15 (37.5%) were female [Table 1]. Demographic data of all study populations are illustrated in Table 1. There was no significant difference between the two groups regarding age and gender.

Comparison between the two studied groups according to demographic data

Regarding clinical parameters (PPD, CAL, and BOP), the values of the mean and SD were 4.62 ± 0.97, 5.47 ± 1.21 and 4.61 ± 0.38 respectively. There was a significant difference between the chronic periodontitis group and the healthy control group at the baseline and after non-surgical periodontal therapy (P < 0.001). Furthermore, the mean and SD of the clinical parameters (PPD, CAL, and BOP) in the chronic periodontitis group after treatment were 3.71 ± 0.69, 4.53 ± 1.04 and 0.32 ± 0.33 respectively. These values showed a significant reduction after the treatment compared to its values at the baseline [Table 2].

Comparison between the two studied groups according to different parameters

Regarding chronic periodontitis patients (study group), the mean value of serum CP level after treatment was significantly reduced compared to its value at the baseline [Table 3].

Correlation between ceruloplasmin and periodontal (PPD, CAL and BOP) in study group

This study conducted on 80 individuals, divided into 2 groups. Forty patients suffering from chronic periodontitis served as a study group while the control group was represented by 40 periodontally healthy subjects.

Patients suffering from any acute systemic inflammatory conditions were excluded because the level of CP may be affected as CP is an acute phase reactant protein, where its serum concentrations rise significantly during acute inflammation[15].

Additionally, we excluded those who were suffering from systemic diseases, such as, diabetes because of the clear effect of diabetes on the periodontal condition and therapy[16]. CP also has indirect effect on the β cells producing insulin in the pancreas by iron accumulation in the cells[17]. Patients suffering from cardiovascular diseases, neurodegenerative disorder, chronic infections (e.g., tuberculosis and degenerative diseases), cancers, and hepatic diseases were excluded from this study because these conditions interfere with initiation, progression, and treatment outcomes of periodontal diseases and affect the CP concentration[18-20].

The clinical periodontal parameters (PPD, CAL, BOP) were recorded at the baseline for all of the tested populations (both study and control groups), and after treatment regarding chronic periodontitis patients. Serum samples were used to investigate the level of CP because it is mainly synthesized by the liver and then secreted into the blood. CP is also the major copper-carrying protein in the blood[21].

As would be expected, there was a significant elevation in PPD, CAL and BOP values of chronic periodontitis patients as compared to healthy subjects at the baseline.

Regarding the chronic periodontitis patients, the mean values of periodontal indices (PPD, CAL, BOP) after scaling and root planing (SRP) were found to be significantly decreased versus their level at baseline. These results are in agreement with Chan and Lai[22] and De Micheli et al.[23] who found significant reduction in probing pocket depth and bleeding on probing following non-surgical therapy. Also, Darby et al.[24] showed that SRP resulted in improvement in the clinical attachment loss measurements mean values. However, this significant improvement in the measured parameters still displayed significant difference compared to healthy group.

Regarding the chronic periodontitis patients, the improvement in clinical parameters after SRP may be due to resolution of the inflammatory response and the cessation of periodontal disease destruction. These outcomes result in a relative gain of clinical attachment and a reduction of the probing depth[25,26].

At the baseline, the serum CP level of the study group was statistically significantly higher than that of control subjects. These results disagreed with that of Harshavardhana et al.[8] as they found non-significant changes in levels of serum CP in the chronic periodontitis patients in comparison to the healthy subjects. They attributed this result to the small sample size studied. Varghese et al.[27] found that the CP levels in GCF and the tissues in aggressive periodontitis patients were significantly higher when compared to the healthy subjects.

The higher level of the serum CP regarding chronic periodontitis patients may be due to the role of CP as a proinflammatory mediator, acute phase protein and an anti-inflammatory function which is carried by an antioxidant, bactericidal, and ferroxidase activities[28]. Additionally, this anti-inflammatory function may be due to the ability of CP to limit the oxidative stress by scavenging superoxide anion radicals (O2) which can be generated by polymorphonuclear cells (PMNs) during inflammation that may lead to tissue damage[29]. Moreover, the higher level of CP during inflammation could be attributed to its role as a protease inhibitor[25].

Iwata et al.[13] demonstrated that CP expression and activity were signiﬁcantly higher in PMNs and sera from subjects diagnosed with LAgP compared to healthy subjects. They reported that CP causes priming of the PMNs in LAgP; thus, PMNS can produce a faster and greater response to secondary challenges and present a "primed" phenotype[30].

Concerning the present study, it was found that SRP significantly reduced the level of serum CP in chronic periodontitis when compared to its value at the baseline. This reduction in the CP level at the end of the study can be explained by the effect of SRP on removal of local factors; thus, it can decrease the inflammatory response and consequently decrease the mediators that stimulate acute phase protein production[23]. We were not able to compare the results of the present study about the effect of SRP on serum level of CP in the chronic periodontitis patients with other studies because we did not find any previous studies evaluating the effect of SRP on the CP level.

The authors would like to acknowledge the efforts of Dr. Jon Wanger in refining the final manuscript.

All data are stored in the liberary of Faculty of Dentistry, Mansoura University.

Written informed consent was obtained from all subjects at the baseline.

The procedures followed were in accordance with the rules of the Ethics Committee of the Faculty of Dentistry, Mansoura University and Medical Ethics in dealing with children and parents. All steps of infection control and the sterilization protocol were followed. 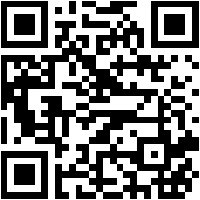