Charcot-Marie-Tooth disease (CMT) is an inherited heterogeneous group of peripheral nerve disorders with characterized by weakness and sensory loss in the distal limbs. General anesthesia was induced with propofol, rocuronium, and remifentanil. At the end of the surgery, we administered a total of 150 mg sugammadex. The patient could lift his head and arms, open his eyes. Then we extubated tracheal tube. We successfully used sugammadex in a patient with CMT to reverse rocuronium-induced neuromuscular blockade. However, muscle relaxation might not be measured accurately in CMT patients. Thus, clinical findings should be referred to in the management of anesthesia.

Charcot-Marie-Tooth (CMT) disease is the most common inherited neuromuscular disease, with typical onset during the first or second decade and associated with lifelong disability. CMT disease results from mutations in about 80 causative genes giving rise to a wide spectrum of clinical phenotypes, with different age of onset and clinical course[1]. The estimated worldwide incidence of CMT is 10-40 per 100,000 people worldwide and at 10.8 people per 100,000 people in Japan[2]. Most patients with CMT have a normal lifespan, but some patients with a very severe disease might have a very short lifespan because they are non-ambulatory and because the profound weakness of proximal and distal muscles can lead to pulmonary dysfunction or sleep disorders[3]. Patients with CMT also develop progressive disability with increasing age, so the clinical manifestations usually begin in the second decade of life, but some patients develop CMT after the age of 60 years. Initial symptoms include muscle weakness and sensory disturbance, especially in the lower limbs. CMT is associated with various genetic anomalies that lead to different types of complications including vocal cord paralysis, features of autonomic neuropathy (urinary disorders, dry cough, and pupillary abnormalities), visual disturbance, disturbance of the pyramidal tract, diabetes, and dyslipidemia. Severe cases may progress to respiratory failure, sometimes requiring mechanical ventilation[4]. Consequently, CMT requires more stringent management of anesthesia, especially regarding monitoring of muscle weakness.

Sugammadex, a novel modified γ-cyclodextrin, encapsulates steroidal neuromuscular blocking drugs, thereby reversing rocuronium-induced neuromuscular block. Several cases series of anesthetic reports on the general anesthetic management of patients with CMT have been published. Of these, only one reported the use of sugammadex in the reversal of rocuronium in laparoscopic cholecystectomy surgery[5]. However, there are no reports on the use of sugammadex for patients with CMT in the field of oral and maxillofacial surgery[6-8].

We report the successful use of sugammadex to reverse rocuronium-induced neuromuscular block in a patient with CMT in the field of oral and maxillofacial surgery.

A 60-year-old male patient with CMT, weighing 67.8 kg and 170.8 cm tall, was scheduled for surgical extraction of the mandibular right second molar and the mandibular right impacted third molar. He first noticed muscle weakness in the lower limbs at the age of 16 years and observed gait disturbance and weakness in both legs at the age of 42 years. He was first diagnosed with CMT at 51 years of age. On preoperative physical examination, his CMT symptoms were mainly those of an abnormal gait [Figure 1]. An abnormal gait is a typical symptom of CMT. A severe complication of CMT is respiratory failure. However, he did not have any respiratory symptoms at the time, and preoperative respiratory function tests were within normal range. Preoperative blood tests, electrocardiography, and chest X-ray were all normal. There were no other complications such as vocal cord paralysis, autonomic neuropathy (urinary disorders, dry cough, and pupillary abnormalities), visual disturbance, disturbance of the pyramidal tract, diabetes, and dyslipidemia. He was assigned an American Society of Anesthesiologists physical status of II. 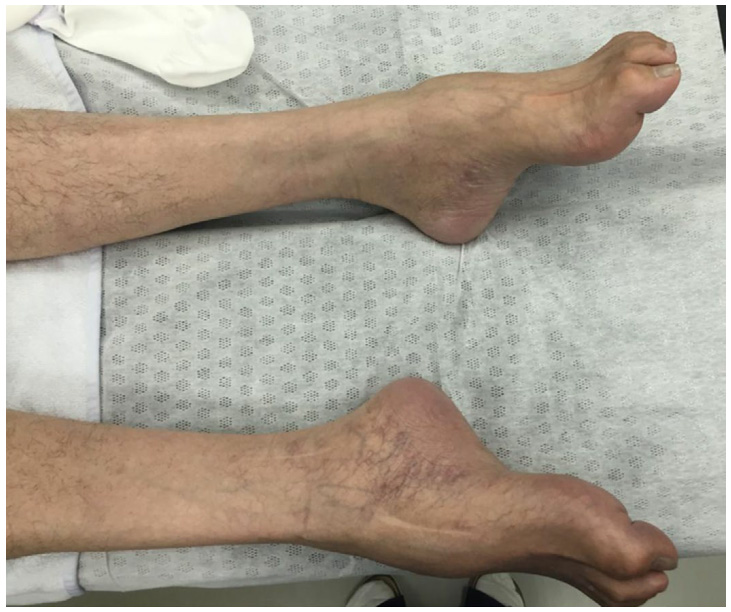 The patient was not pre-medicated and was monitored with electrocardiography, noninvasive blood pressure, and pulse oximetry. A neuromuscular monitoring device was placed on the left wrist and calibrated using the objective evoked electromyography of the adductor pollicis muscle using a TOF-Watch® SX (Organon®, Oss, The Netherlands) [Figure 2]. Following pre-oxygenation, general anesthesia was induced with propofol 80 mg and remifentanil 0.50 μg/kg/min. After the loss of consciousness, neuromuscular monitoring was performed by evoked electromyography of the adductor pollicis muscle. The left ulnar nerve was stimulated at the wrist with supra-maximal and square-wave stimuli of 0.2 ms duration, 2 Hz every 15 s. The fade was not detected before the administration of rocuronium 40 mg IV. After induction of anesthesia, the train-of-four (TOF) ratio was indicated as 0. We performed tracheal intubation with no complications. Anesthesia was maintained uneventfully with remifentanil 0.2 μg/kg/min and desflurane 5% in oxygen and air. 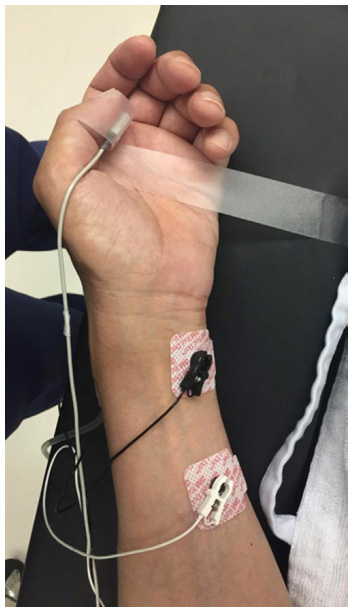 Figure 2. The peripheral nerve stimulator was applied to the left ulnar nerve

During the operation, 105 min after the administration of rocuronium, the anesthesiologist could detect a T1 response. Before the end of the operation, acetaminophen (1000 mg) was administered for postoperative analgesia. Desflurane inhalation and remifentanil infusion were terminated at the end of the surgery by which time we could detect a T2 response. After the neuromuscular monitoring indicated a sustained T2 response, we administered 50 mg sugammadex. Within 180 s of administration of sugammadex, we detected a T4 response (T4/T1 = 4.0). We administered another 100 mg sugammadex, and could no longer detect a fade. The patient could lift his head and arms, open his eyes, and protrude his tongue. Consequently, we extubated the patient 15 min after administration of sugammadex. The postoperative course was uneventful, and no respiratory complications were observed.

We successfully used sugammadex in a patient with CMT to reverse rocuronium-induced neuromuscular blockade in the field of oral and maxillofacial surgery. However, because the muscle relaxation might not be accurately measured in CMT patients, the management of anesthesia should refer to clinical findings.

There is no consensus on the management of anesthesia in patients with CMT[9]. Also known as peripheral nerve disorder, the disease is characterized by progressive muscle atrophy and weakness that initially develops in the anterior tibial and peroneal muscles and later progresses to involve the more distal muscles. The weakness of the proximal and distal muscles can lead to pulmonary or upper airway disturbances. Therefore, patients should be carefully observed during recovery from neuromuscular blockade under general anesthesia.

In our patient, 150 mg sugammadex (2 mg/kg) reversed neuromuscular blockade within 180 s. He had no complications such as hypoxia, hypercapnia, or accelerated muscular weakness after extubation and without recurarization of rocuronium. Sugammadex had a rapid and efficient action in this patient with CMT as described in this case report.

Despite muscle weakness from neuromuscular dysfunction, previous studies have reported that in CMT it is difficult to monitor neuromuscular blockade using muscle relaxation monitors such as the TOF-Watch[5]. Thus, the TOF has been used to monitor muscle relaxation in the adductor pollicis and the corrugator supercilii muscles, but these values were not reproducible. Because our patient underwent orofacial surgery, it was difficult to place the electrode directly over the corrugator supercilii, so it was simply placed on the arm. However, as in previous case reports, the device was not also able to measure the exact TOFR in our case. Moreover, regardless of the clinical presence or absence of muscle weakness, the ulnar nerve may be affected in CMT patients[11]. The leading electrophysiological feature in CMT disease is an overall reduction in motor conduction velocity and to monitor neuromuscular blockade using muscle relaxation monitors could be misleading. Therefore, we carefully checked the clinical findings as a means of monitoring recovery from the effects of the muscle relaxant, such as ability to lift his head and arms, open his eyes, and protrude his tongue. We subsequently extubated the patient.

CMT is associated with several potential anesthetic risk factors such as increased sensitivity to thiopental, and hyperthermia with combined use of succinylcholine and an inhalational anesthetic[3,12].

In conclusion, we successfully used sugammadex in a patient with CMT to reverse rocuronium-induced neuromuscular blockade during oral and maxillofacial surgery. In CMT, because muscle relaxation might not be accurately measured, clinical findings should be carefully considered in the management of anesthesia for these patients.

The authors acknowledge the efforts of Dr. Jon Wanger in refining the final manuscript. 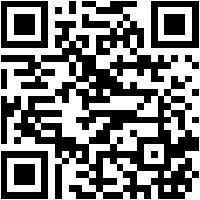