Methods: Within the authors' whole series, 29 patients showing bony segmental defects within the maxillofacial skeleton underwent BDO. The authors focus on 3 patients who were further rehabilitated with endosseous dental implants into the distracted bone.

Results: The overall BDO success rate was 79%. The 3 reported cases underwent dental implant rehabilitation with 4, 6, and 5 endosseous dental implants, respectively. No relevant complications were observed, except for intraoral scarring in one patient, and pain at the end of the distraction phase in another patient. Adequate attached gingival tissue was obtained for maxillary and mandibular distracted bone in all the cases.

Conclusion: Three cases of segmental maxillo-mandibular defects that have been reconstructed by bifocal distraction osteogenesis and further rehabilitated with endosseous dental implants. Surgeons must keep in mind this technique as an alternative to bone microsurgical reconstruction in cases in which free flaps are contraindicated or extended surgical time has to be avoided.

Bifocal distraction osteogenesis (BDO) has been extensively reported for the reconstruction of deformities of the lower and upper extremities secondary to tumor ablation, trauma or congenital deformities.[1-5] Besides, segmental maxillo-mandibular defects have also been managed by means of a BDO,[6-8] as it has also been proposed for closing adult bone calvarial defects.[9,10] In addition to the restitution of normal maxillo-mandibular continuity, it has been stressed the need for a high-quality alveolar soft tissue previous to the placement of endosseous dental implants. Certainly, BDO allows the reconstruction of the defect with an alveolar height which is close to that of the native mandible. It also provides an adequate attached gingiva, which is highly relevant for dental implant insertion and maintenance.[6]

BDO has been recognized as a useful technique for the treatment of patients who are not candidates for more aggressive surgery or prolonged surgical time due to poor general status, or those in whom primary treatment with osseous vascularized free flap has failed. However, little information is available concerning dental implant rehabilitation over the distracted bone and its comparison with other treatment modalities for implant rehabilitation in patients with maxillo-mandibular defects. For example, other modalities include the double-barrel free fibular flap,[11] free autogenous bone transplants,[12] allografts in association with GBR procedures,[13] xenogenic materials,[14] or alloplastic bone substitutes.[15,16] In a previous study by our group,[6] 29 patients showing bony segmental defects within the maxillofacial skeleton underwent BDO. Within these, more than 44% of the patients were rehabilitated with conventional endosseous dental implants up to 49 implants placed, with an overall success rate of almost 90%. The quality of the attached gingiva and the absence of intraoral exposure seem to play a major role in the overall implant success rate.

In the present report, we focus on technical aspects concerning the implant rehabilitation of three patients with unique maxillo-mandibular segmental defects undergoing bone regeneration by BDO and subsequent rehabilitation with endosseous dental implants.

Patients included in the whole series fulfilled the following inclusion criteria: (1) presence of a segmental bony defect in the upper maxilla or the mandible; (2) moderate soft-tissue defect; and (3) local or general conditions that avoid more aggressive surgery. BDO was used to reconstruct defects in all the patients. Twenty-nine patients showing bony segmental defects within the maxillofacial skeleton underwent BDO. Sixteen (55.2%) patients were male, and 13 (44.8%) were female. The mean bony defect length was 46.08 ± 20.16 mm (range: 20-80). The mean length of the transport disc was 13.37 ± 7.99 mm (range: 4-29). The mean amount of lengthening of the distracted bone was 35.89 ± 19.54 mm (range: 15-80), with an overall consolidation period of 16.36 ± 7.79 weeks (range: 8-48). Three patients, 2 men, and 1 woman were included in the present study due to special considerations regarding the distraction process and dental implant rehabilitation. In all patients, orthopantomograms were taken monthly during the distraction and consolidation phases to determine the progress of BDO.

During the procedure, the lingual/palatal periosteum over the designed transport disc was maintained to preserve vascularization. If an intraoral approach is chosen, as in patient 1 for a complete maxillary defect [Figure 1], a 5-mm cuff of attached gingiva at the superior part of the alveolar process on the buccal side is preserved while making the mucoperiosteal incision. The lingual periosteum is undisturbed while a buccal mucoperiosteal flap is elevated to gain access to the osteotomy site on the buccal aspect of the mandible or maxilla. If an extraoral approach is chosen, as in patients 2 and 3 [Figures 2 and 3], the mucoperiosteal flap over the transport disc is detached at the buccal aspect of the mandible from the basilar region to an imaginary line 5 mm below the upper part of the alveolar process. In both intraoral and extraoral approaches, this cuff of gingiva was left attached to the transport disc to ensure adequate lengthening of the native attached gingiva. An osteotomy was performed at a variable distance from the defect to create the transport disc. A unidirectional distraction device (Modus MDO 1.5, Medartis AG, Basel, Switzerland) was placed. The moveable part of the distraction device was fixed to the transport disc by two bicortical 10 to 14 mm length screws. Two additional bicortical screws fixed the device to the residual bone. After verifying the mobility of the distractor, the device was returned to its original position with the distractor activator placed intra-orally or percutaneously. The latency period took place for ten days, after which distraction was initiated at a rate of 0.5 mm/day. The distraction phase continued until the transport disc reached the distal stump, while the consolidation period ranged from 16 to 20 weeks. Distraction devices used in this series allow for a maximum lengthening of 40 mm each one. One among 3 reported patients underwent a corticotomy in the distal stump of the transported bone and a corticotomy in the residual bone. The other 2 patients required additional bone grafting to complete bone union. Both poles were fixed with titanium mini-plates or bridging plates. 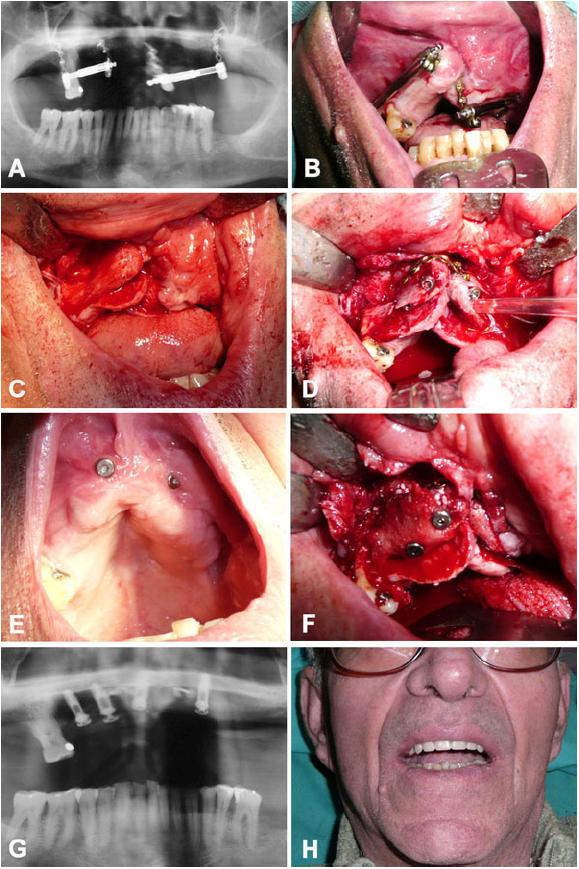 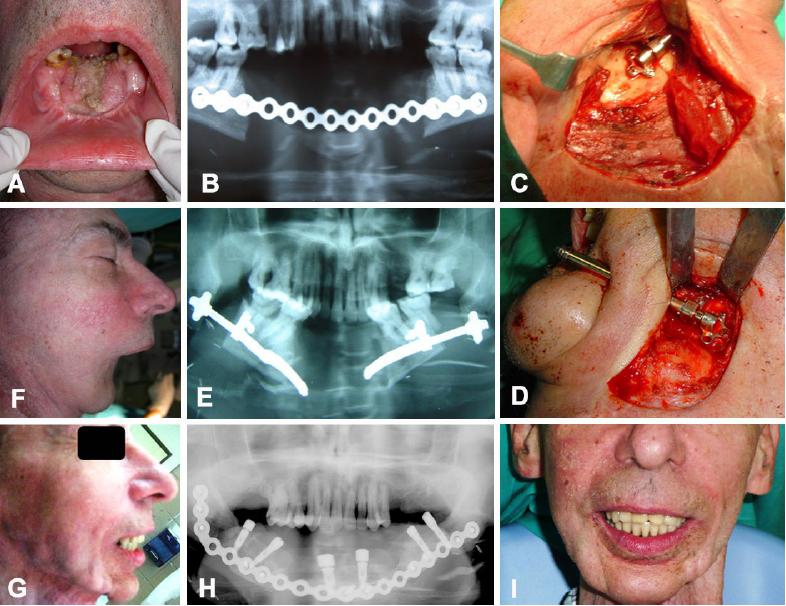 Figure 2. Patient 2. (A) Complete anterior mandibular defect; (B) preoperative orthopantomogram showing anterior segmental mandibulectomy bridged with a mandibular reconstruction plate; (C) intraoperative view. The osteotomy has been performed in the left mandibular body and the distraction device has been applied in a posterior to anterior vector to distract the remaining left mandibular body; (D) identical osteotomy design and placement of the distraction osteogenesis (DO) device in the right mandibular body; (E) panoramic radiography showing distraction phase as a trifocal DO procedure. As the molar were inserted in both transport discs, they reached the anterior part of the mandible. Obviously, preservation of molars in the newly generated symphyseal region was unacceptable; (F) preoperative profile view of the patient; (G) postoperative profile view of the patient; (H) panoramic radiography showing placement of 6 dental implants over distracted bone and the placement of a bridging plate for stabilization purposes; (I) clinical view of the patient with final dental prosthetic restoration 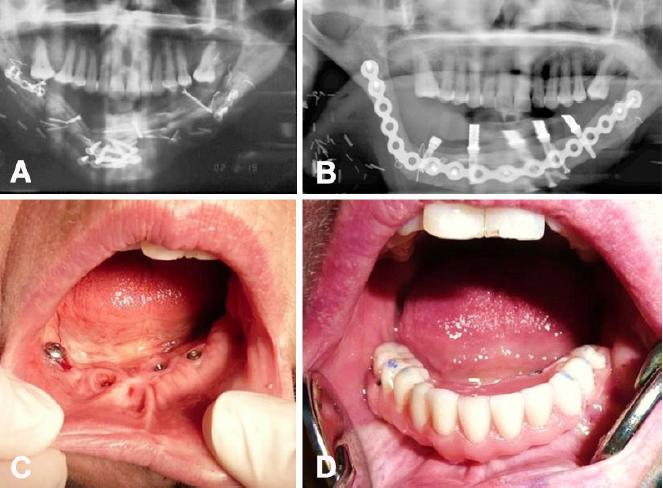 For the whole series of 29 patients, the overall BDO success rate was 79%. At the end of the follow-up period, 49 endosseous dental implants were placed over the distracted mandible or maxilla in 13 (44.8%) patients. In relation to the reported three cases, patient 1 required reconstruction of the maxilla, while patients 2 and 3 required bilateral reconstruction of the mandibular body. Patient 1 was submitted for BDO because of comorbidity that advised against microsurgical reconstruction with vascularized osseous free flaps such as the vascularized fibular free flap (VFFF). Patients 2 and 3 were submitted for BDO because of failure of previous mandibular segmental reconstruction with a VFFF. All the cases underwent successful distraction in terms of bone and soft tissue formation, although cases 2 and 3 with mandibular reconstruction underwent bone grafting with a posterior iliac crest graft to complete bone union at the symphyseal region.

The 3 reported cases underwent dental implant rehabilitation with 4, 6, and 5 endosseous dental implants, respectively. No relevant complications were observed, except for intraoral scarring in one patient, and pain at the end of the distraction phase in another patient. Adequate attached gingiva was obtained for maxillary and mandibular distracted bone in all the cases [Figures 1-3]. Patients have been followed-up for at least 10 years. No significant problems were identified during the follow-up concerning implant viability. Implants were adequately inserted at the end of the follow-up period, with no documented cases of peri-implantitis. No significant bone resorption was observed. 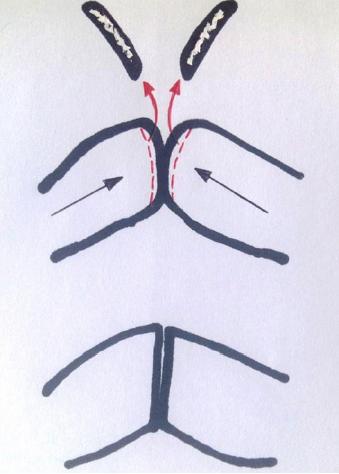 Figure 4. Diagram of corticotomy of both bone stumps to promote bone union after the distraction and consolidation phases

The methods described allow the surgeon to apply a specific solution to a given patient. In fact, the technique itself offers a wide variety of “tools” to be applicable for each patient. The presence of a mandibular segmental defect can be successfully reconstructed by means of the previously described “double-step transport osteogenesis”, as was first described by González-García et al.[17] Otherwise, when the defect in the mandible is limited to the alveolar region and a rigid mandibular basal bar is present, horizontal alveolar transport osteogenesis is also feasible. With this technique, appropriate height and width of bone, and simultaneous growth of the attached gingiva is provided.[18] This is of utmost relevance to better obtain proper implant anchorage and a more esthetic prosthetic rehabilitation. Lastly, our group has developed what we called the “miniplate-guided transport osteogenesis” (MGTO). It consists of the placement of a 2.0 titanium miniplate, which is only fixated over the disc, and has a free non-screwed 4-hole segment directly opposed over the proximal bony stump. This is so the miniplate slides over the bone in a determined vector and not in aberrant vectors. This easy method has helped the authors with the control of the movement vector, avoiding the need for any other more sophisticated hardware, such as plate-guided distraction devices.[19] MGTO may be a reliable method to avoid unnecessary hardware, such as bridging plates to guide the transport disc over the desired distraction vector.

When anticipating the placement of dental implants into mandibular or maxillary distracted bone, surgeons must keep in mind that the new generated bone may be softer than native bone in the early post-distraction osteogenesis period. This is possible despite the application of compressive forces once a week by means of a clockwise movement of the activator. This activation is in order to generate an opposing distraction vector. For the selected cases with soft bone, osteotomes are strongly recommended for implant insertion, as it has been previously suggested for the preservation of bony tissue by compressing the trabecular channels and increasing their density.[20]

In summary, three cases of segmental maxillary and mandibular defects that have been reconstructed by bifocal distraction osteogenesis and further rehabilitated with endosseous dental implants. Surgeons must keep in mind this technique as an alternative to bone microsurgical reconstruction in cases in which free flaps are contraindicated or extended surgical time has to be avoided.

We thank Dr. Jon Wagner for his contribution in language editing.

Informed consent was obtained from all the patients. 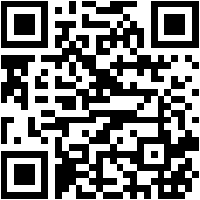