Results: Immunohistochemical investigations revealed 55.7%, 58.6%, 40%, 34.6%, and 31.4% of OSCCs showing ALDH1, Sox-2, Bmi-1, C-met and Oct-4 expression respectively. ALDH1 positivity was significantly associated with nodal metastasis (X2 = 4.6; P = 0.03). Although it did not reach statistical significance, ALDH1 expression was also correlated with poor survival (P = 0.06). No statistically significant findings could be observed when the expression of other CSC markers were correlated with nodal metastasis and survival (P > 0.05).

Conclusion: Out of the five CSC markers investigated, only ALDH1 showed promise as a potential marker to predict nodal metastasis and survival in the present study sample of OSCC patients.

Oral squamous cell carcinoma (OSCC) is the commonest malignancy, in Sri Lanka, contributing to 19.5% of all cancers detected in both sexes.[1] Betel chewing and use of other forms of tobacco are the main causes for the high incidence of OSCC in South Asia. The risk of oral cancer is increased with the combined effect of betel chewing and smoking rather than betel chewing or smoking alone. The habit of betel chewing and smoking accounts for 75% of cancers in larynx, pharynx and oral cavity in Sri Lanka.[1] Older males in lower socio-economic groups and ethnic minority groups are frequently affected from OSCC.[1] Low-income and disadvantaged groups are usually affected from cancers due to exposure to avoidable risk factors such as environmental carcinogens, tobacco use, alcohol and infectious agents. These groups also do not have sufficient knowledge to protect and improve their health.

In Sri Lankan, patients who practice the habit of betel quid chewing, OSCC more commonly occurs on the buccal mucosa, while the tongue is the second commonest site of occurrence for OSCC.[1] However, compared to OSCC that occurs in the buccal mucosa, OSCC of the tongue shows a higher propensity to develop nodal metastasis.[1] Unlike other malignancies that affect different body sites, survival rates of patients with OSCC have not improved significantly over the years. Therefore, desire to improve the survival by developing methods to enhance the diagnostic and treatment efficacy of OSCC as well as identification of novel markers to predict metastasis and recurrences exist.

Cancer stem cell (CSC) is defined as a subpopulation of cells that exhibit self-renewal capacity with the ability to produce heterogeneous lineage of cells that comprise of the tumor.[2] Thus, CSC in addition to demonstrating self-sustainability, possess the ability to differentiate and regenerate. Further, CSC also demonstrates resistance to radiotherapy and chemotherapy.[3,4]

To date, CSC has been isolated in hematopoietic malignancies, solid tumors of the breast, brain, prostate, lung, colon, liver, skin, head and neck and melanoma.[2] The CSC markers that have been identified in OSCC include, CD44,[2] ALDH,[2,5] CD133,[2,6] Sox-2,[2,7] Oct-4,[2,8] C-met,[2,8] Bmi-1.[9] In OSCC, CSC identified by different markers has been correlated with radioresistence, high tumorigenic activity, high tumor initiation activity and with clinicopathological features.[10,11] Thus, immunohistochemistry based expression patterns of different CSC markers would be useful to predict the biological behavior of the OSCC and the final outcome.

The aim of the study was to correlate the survival of Sri Lankan OSCC patients with the expression patterns of five CSC markers namely ALDH1, Sox-2, Bmi-1, C-met, and Oct-4.

A previously tested questionnaire was used to obtain information regarding the habit history, the present status of the tumor and survival details of patients with OSCC diagnosed during a period of 4 years from 2009 to June 2012. One hundred and forty OSCC patients (relatives when the patient had died), who responded to the questionnaire were selected for the study.

The 140 patients with a positive habit history of betel chewing were included in the study.

Regarding the habit of betel chewing all patients had chewed betel for more than 10 years (range 11-61 years). The number of quids chewed ranged from 2-8 per day. In addition, the betel quid of all patients had included both known carcinogens tobacco and areca nut. Out of the 103 males, 69 (67%) males smoked either cigarettes or beedi, while 35 (34%) had used alcohol for more than 10 years on a daily basis. Twenty-nine (28%) males had practiced all 3 habits on a daily basis for more than 17 years.

Archival OSCC tissues from these patients were used for the immunohistochemical investigations with CSC markers, ALDH1, Sox-2, Bmi-1, C-met and Oct-4 performed according to the manufacturer’s instructions (Abcam Pvt Ltd, UK). The primary antibodies were applied in 1:200, 1:500, 1:250, 1:5000, and 1:250 dilutions for ALDH1, Sox-2, Bmi-1, C-met and Oct-4 respectively. Normal lung tissue, human skin, hepatocellular carcinoma, tonsil and bronchial carcinomas were used as positive controls for ALDH1, Sox-2, Bmi-1, C-met and Oct-4 CSC markers respectively. Ten high power fields with the most number of positive cells were identified and counted with the average taken as the final score. A tumor was considered to express the CSC maker when > 5% of the OSCC cells gave a positive reaction while tumors are expressing < 5% of positive cells were considered as negative. Survival analysis was performed with SPSS version 20, using Kaplan-Meier survival curves and significance with chi-square test and Breslow’s (generalized Wilcoxon) test.

According to Table 1, the study sample comprised of 9.3% patients younger than 45 years while the rest were older than 46 years at the time of diagnosis. Male to female ratio was 2.8:1. Buccal mucosa was the commonest site of occurrence, contributing to 67.8% of OSCC, followed by tongue (23.6%). The majority (80%) of OSCC patients had tumour-node-metastasis (TNM) stage III or IV disease at diagnosis with 28.6% of patients presenting with pathological confirmed nodal metastasis. With reference to survival data gathered using the questionnaire, survival of patients included in the study sample ranged from 2-120 months. Twenty-eight patients had succumbed to the disease, after surviving for 2-60 months. Out of these patients, majority (22 patients) had died within 12 months of the surgery. 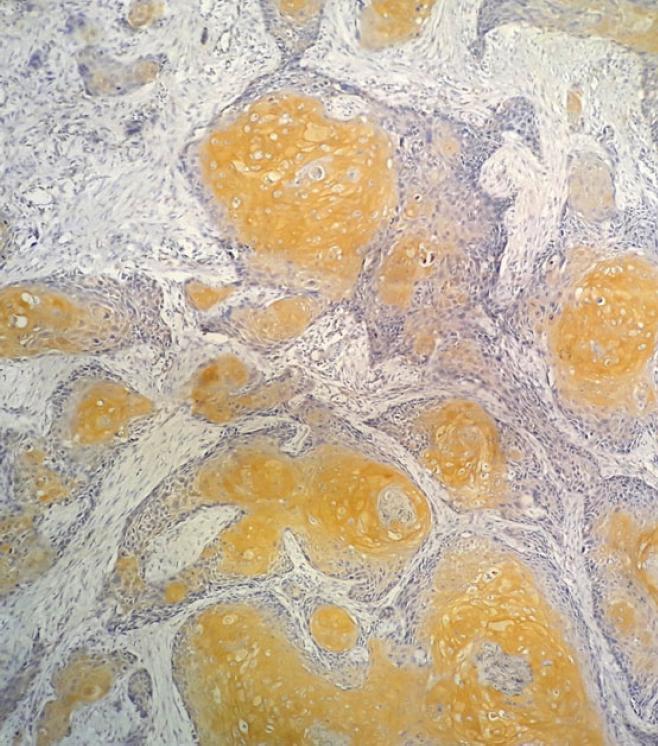 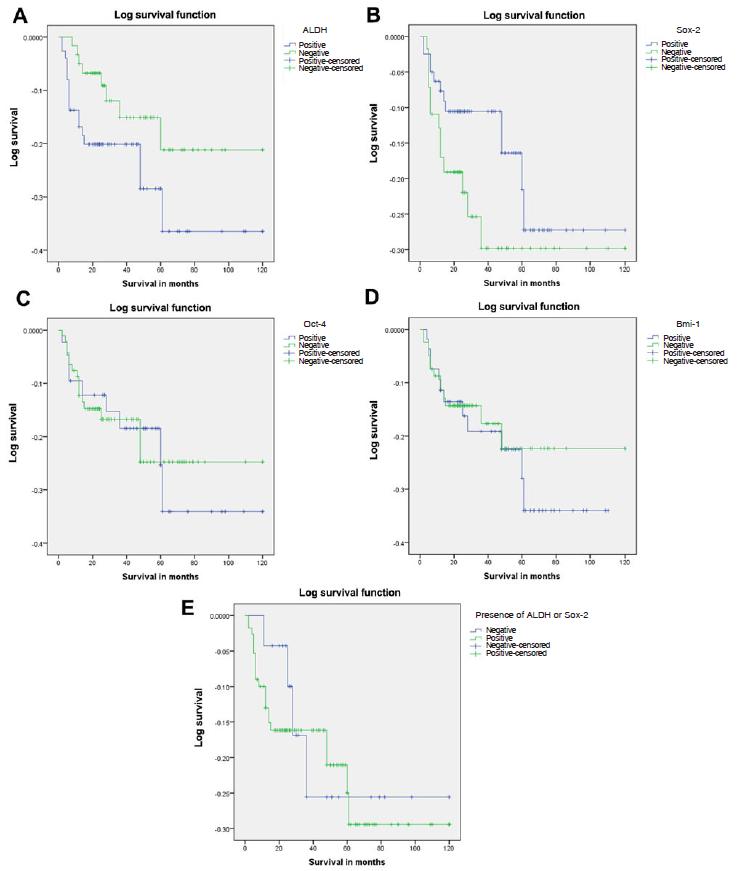 CSC were first diagnosed in leukemic patients in 1994.[12] From the time of identification, CSC has been subjected to intensive studies. Currently, major focus is on properties of CSC and mechanisms of their formation. Identification of CSC has been performed by using different types of CSC markers.[13]

Therefore, the present research was undertaken to establish the presence of CSC in a group of OSCC patients from Sri Lanka, where majority of the cancers occur due to the habit of betel quid chewing. All patients included in the study had practiced betel chewing for more than 10 years. In addition, majority of males (67%) were smokers, while 34% used alcohol on a daily basis. Results revealed that all 5 CSC markers evaluated were expressed in approximately 35-55% of OSCC depending on the marker. As such results of the present study confirm the fact that all 5 markers can be used to evaluate stem cell potential in OSCC.[5,7-9]

In contrast to the results of the present study, previous studies have shown poor survival in OSCC expressing Sox-2, C-met, Bmi-1, and Oct-4.[15-18] Etiological differences may have contributed to this result. In addition, majority of the tumors in the present study sample contained buccal mucosal cancers; while the literature quoted above have focused on tongue cancers.[16,18] Furthermore, Sox-2 expression has been shown to be related to poor survival at sites such as esophagus and bladder as well.[19,20] In addition, problems highlighted below concerning survival data may have also contributed to this result.

Problems encountered when gathering survival information of patients can be considered as one of the major limitation of this study. Although, we used a previously tested questionnaire to gather this information, in spite of sending reminders, most of the responses that we received were from patients who had survived with treatment. Therefore, the study sample showed survival bias and cannot be considered as an ideal sample. In addition, the percentage of patients who responded to the questionnaire was approximately 50%. Therefore, we had to restrict our sample to 140 patients. Furthermore, when we tried to correlate CSC expression with survival in patients with and without radiotherapy, we found that the information gathered from the questionnaire to be inadequate. As such, we were able to identify the modifications required for the questionnaire in the future.

Immunohistochemistry is an important application for identification of the specific antigens that are distributed in the tissue sections. The monoclonal antibodies, as well as polyclonal antibodies, are specific to the particular antigens are used with this technique.[21] In this study, the paraffin embedded tissue sections were immunohistochemically stained to identify the expression of CSC in OSCC. After the correct fixation and processing, the formalin fixed paraffin embedded tissue blocks should be stored properly. The tissues that have been embedded in paraffin are stable for extended periods. Many laboratories have routinely performed immunohistochemical investigations on 20-year-old material without generating any problems.[21] The archival samples of OSCC that were received by the Department of Oral Pathology since 2009 to 2012 were used for this study. The sections that were taken from the specimens processed in 2012 were better stained compared to older samples. However, it did not affect the interpretation of results.

There are no conflicts of interests.

Ethical clearance for the study was obtained from the Faculty of Dental Science, Ethics and Review Committee. 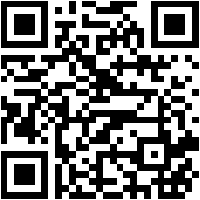